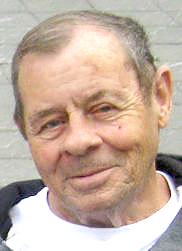 Roberto Armando Patrick “Mr. Bob” Marchioro, 88, of Mascoutah, IL, born April 2, 1931 in Butte, Montana, died Sunday, November 17, 2019 at his home in Mascoutah surrounded by his loving wife of 55 years and children.
Bob spent his entire life helping others. Early in his career, he spent 5 years serving in the US Army (SP5). After earning his Master’s Degree, Bob was a teacher for schools in Vegas, as well as Chinle and Flagstaff, Arizona. In 1972, he and his family moved to Mascoutah where Bob was a teacher at Sixth Street Elementary School for 25 years. He was affectionately known as “Mr. Bob” to the 1,000s of children he taught. He sought both to inspire a love of learning in his students and assist them in reaching their full potential. Years after leaving his class, Mr. Bob’s students would continually return and thank him for his dedication and commitment to enriching their lives. Bob’s passion for learning went beyond teaching his students. He was a lifelong learner himself, as evidenced by his extensive library of books and varied music collection. After his retirement, Bob spent his remaining years meeting his best friend Sam every Monday for coffee at McDonalds and being “papa” to his grandchildren – truly the loves of his life. We are all eternally grateful to have been both a recipient, and witness, to his compassion and will move forward attempting to live as he did in his honor.
He is preceded in death by his father, Americo Archangelo Marchioro and his mother, Gertrude Denehay, as well as his brothers Thomas and James, his sisters Phyllis and Claire, and his beloved son James Marchioro.
He is survived by his wife, Beverly Marchioro of Mascoutah, IL; his children, Christopher (David Hoffman) Marchioro of St. Louis, MO, John (Tami Holinga) Marchioro of Springfield, IL, and Kathleen (James Midgett) Diouf of Belleville, IL; and his grandchildren, Madalyn, Lucca and Liliana Marchioro, and Eladge and Milana Diouf.
In lieu of flowers, memorials may be made in his name to the Hubbard House Catholic Urban Programs, 7 Vieux Carre Dr., East St. Louis, IL 62203. Condolences may be sent to the family by visiting mollfuneralhome.com.
Visitation:  Visitation will take place on Thursday, November 21, 2019 from 9:00 to 11:00 am at the Moll Funeral Home in Mascoutah, IL.
Funeral:  A memorial service will be held at 11:00 am on Thursday, November 21, 2019 at Moll Funeral Home with Pastor Mike Inyart officiating. There will be a private burial for family in Holy Childhood Cemetery.
Moll Funeral Home
Mascoutah, IL