Solar power could be in the immediate future for District 19 schools. At last week’s District 19 School Board, members heard a proposal from Trane Renewable Energy and Power Solutions (TREPS) on options it can take to install a solar power system for the District.
At a work session before the regular meeting, officials from Trane outlined the steps the District can take for a Solar Power Purchase Agreement where the District would allow Trane to install the solar system, then the District would purchase the power from the system installed by Trane at reduced energy rate. Trane would monetize all applicable tax credits and state/utility incentives into the power purchase agreement rate. The rate would include all program costs, including the operation and maintenance for the the life of the system.
Trane proposed installing a 3,375 kW array on school rooftops with no up-front capital cost. Trane told the Board it would guarantee 15-year system production to Illinois Power Agency and at the end of the term the District can choose to purchase the system at fair market value or extend the existing Power Purchase Agreement (PPA). If the District chooses not to keep the solar arrays, they would be removed at Trane’s expense.
Under a PPA, there would be no upfront cost and the term would cover 25 years.
The PPA rate would be $.045/kWh with a utility savings estimated at $295,000 for the first year. Over the life of the agreement the net cashflow for the District would be $10.9 million.
If the District purchases and operates the system on its own the initial cost, according to Trane, would be $7.5 million, with incentives for installing the system coming to $2.5 million, reducing the installation cost to approximately $5 million. Utility savings for the first year would be close to $500,000 with operating and maintenance costs for the first year of $34,000. The 25-year net cashflow would be close to $10 million for an investment rate of return (IRR) of 8.42%
During the regular meeting, Board members continued to express interest in pursuing a solar system. Superintendent Dr. Craig Fiegel told the Board that he would pursue additional proposals. Board members were schedule to meet prior to the February meeting to discuss the Trane proposal and solar power in general. As a result, a letter to approve a commitment authorizing Trane to proceed with installation of a solar system for the District was tabled.
In other business the Board:
• Approved a support proposal from CxE Engineering to develop specifications and oversee the installation of new HVAC controls at Mascoutah Middle School not to exceed $49,300.
• Approved a motion authorizing FGM Architectural Group to develop specifications and oversee construction for a tennis court remodel. This work would be to continue upgrades to the District’s athletic facilities. New turf and bleachers have already been installed. This work would redo the tennis courts, set up new stadium entries with ticket booths and improve the concession area so as to be able to handle the increased volume of spectators. An improvement to lighting at the stadium is planned for the near future as the existing lights fail frequently. New, energy efficient lights, would be installed, possible installing new lights for the tennis courts at the same time.
• Approved the new high school course catalog.
• Approved the school year calendar for 2020-21 with 176 attendance days. Holidays would be on Labor Day, Columbus Day, Veterans Day, Thanksgiving break from Nov. 25 to 29, Winter break from Dec. 19 to Jan. 4, Martin Luther King Day, Presidents Day, Spring Break from April 1 to April 6, and Memorial Day. Graduation would be held on May 23 in the high school gym at 2 p.m.
• Approved a proposal directing the Administration to work with Holy Childhood School to help prepare their food bid for 2020-21 at no cost to the District. The arrangement will allow Holy Childhood to reduce the cost of their meals.
•Approved a proposal designating Dr. Fiegel and Assistant Superintendent Dr. Williams to prepare the FY 2021 tentative budget as required by state statute.
• Approved the following personnel items:
– Hired Tina Carson as an instructional aide at MHS and Carlee Frerking as a bus aide. Accepted the resignations of Anita Kearney, a registrar at MHS, and Brandi Albright, an individual care aide at SES. Accepted the retirement of Toni Hoehner as a bus driver and SMSgt. Kenneth Monroe as a JROTC instructor at MHS. Approved the following extra duty assignments: Halim Whiteside and Solomon Seaberry as assistant girls basketball coaches at MHS, and Brandon Mauer as wrestling coach at MMS. Approved the transfer of Mark Speicher from MMS wrestling coach to assistant wrestling coach at MHS. Named Jarrid Braunegel as a wrestling assistant at MHS.
The next Board meeting will take place on Feb. 18 at the District Administration Support Center at 7 p.m. 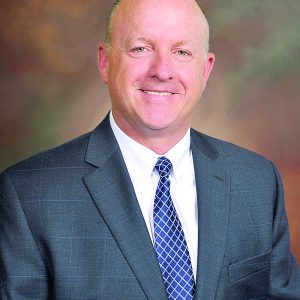 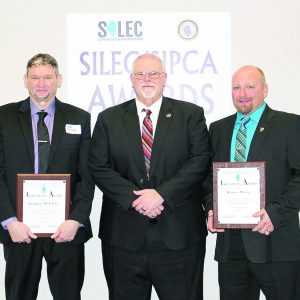 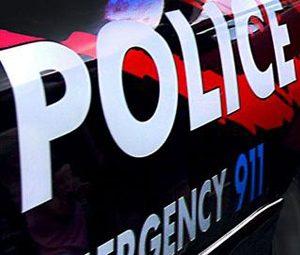 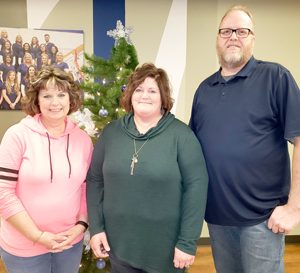