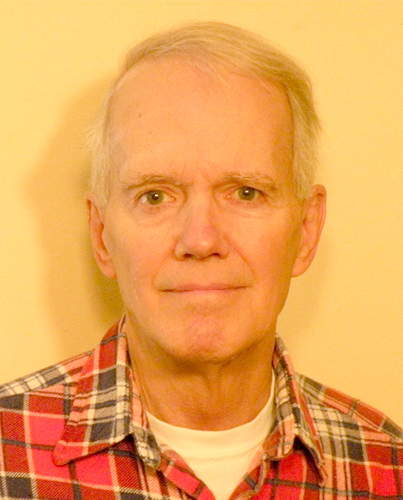 Gary Lee Klingel, 72, of Princeton, IL passed away surrounded by his loved ones on Tuesday January 28, 2020 at OSF St. Francis in Peoria, IL after losing his battle with cancer.
Gary was born on June 15, 1947 to the late Leroy and Ione (Bieser) Klingel in Belleville, IL.  He graduated from Mascoutah High School in 1965.  He was a graduate of Southern Illinois University, Class of 1970 with a Mechanical Engineering Degree.  After college he married his high school sweetheart Sharron Beckenhauer.  It all started with a movie and dinner at The Carriage House in Belleville, IL.  They married on May 29, 1971 in Manhattan, KS at the 1st Presbyterian Church.  He worked at Illinois Power his entire career as an Engineer.  He started at the Hennepin plant and then transferred to the Danville Plant and returned to the Hennepin plant where he retired 2008 as an Engineering Supervisor.   He was a member of the Peoria Trap and Skeet Club, Pheasants Forever, Illinois State Rifle Association, The National Rifle Association and Ducks Unlimited.  He was also a founding member of the Open Prairie United Church of Christ, in Princeton, IL.
He really enjoyed his weekly trap and skeet shooting session, something he became quite proficient in over the years.  He also had a love of cars and going to the drag strip.  He was a longstanding member of the “stop light grand prix” in high school with his dads Mercury.   He loved hunting and going to Johnson Sauk Trail with his springer spaniel, Corey, spending one vacation day a week in the fall pheasant hunting.  He enjoyed his annual elk hunting camping trip in Colorado, where he would spend his time walking the trails and sitting around the campfire sharing stories with his two boys.  Photography was another hobby he enjoyed.  He had the ability to see the beauty in so many things and captured it with his lens.   A fan of motorcycles also, even driving his motorcycle all the way to Kansas to see Sharron while in college.  His favorite times were spent with his family and his wife of nearly 49 years.
Gary is survived by his wife Sharron Klingel of Princeton, IL; two sons, Shawn (Julie) Klingel of Highlands Ranch, CO. and Greg (Christine) Klingel of East Wenatchee, WA; four grandchildren, Nora, Owen, Holden and Graham; his mother-in-law, Dorris Beckenhauer of Manhattan, KS; one sister, Rhonda Quick of Crystal Lake, IL; one brother-in-law, Dr. Dwane (Rita) Beckenhauer of Salina, KS; and one aunt, Shirley Truex of FL.
He is preceded in death by his parents, Leroy and Ione Klingel, one brother-in-law, John Quick, and his father-in-law, Dr. Neil Beckenhauer.
In lieu of flowers, the family would prefer memorials be directed to The Open Prairie United Church of Christ in Princeton, IL.
A visitation will be held at Open Prairie United Church of Christ in Princeton, IL on Saturday, February 8, 2020 from 10:00 a.m. to 12:00 p.m.
Services for Gary will be held on Saturday, February 8, 2020 at Open Prairie United Church of Christ in Princeton, IL at 12:00 p.m. officiated by Reverend Dr. Adam Webber followed by graveside services at Oakland Cemetery.
Online condolences may be left at www.norbergfh.com
Arrangements by Norberg Memorial Home, Inc. & Monuments, 701 E. Thompson Street, Princeton, IL.