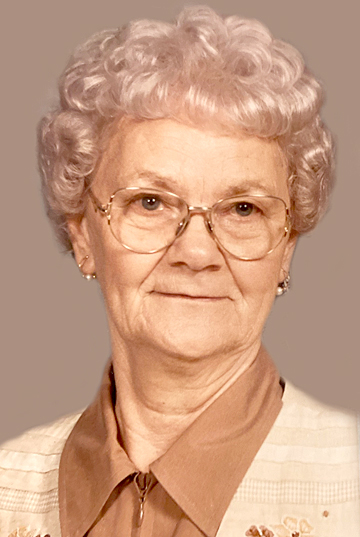 Bernice Von Bokel, 90, of New Baden, died Friday, June 5, 2020 at Clinton Manor. She was born May 17, 1930 in Breese, the daughter of Aloys and Mary (Duing) Timmermann. She married Paul B. Von Bokel on May 15, 1951 at St. Augustine Church in Breese and he preceded her in death on September 1, 2006.
She is survived by five children, seven grandchildren and two great-grandchildren; Karen Stukenberg and husband Michael of Mascoutah and their children, Joseph (Christie) and Jacob; Marilyn Todaro and husband Michael of Chester; Elaine Von Bokel of New Baden; Kathleen and husband Bob of Belleville and their children, Jason and Julie (Matt); and Kenny Von Bokel and wife Jane of Mascoutah and their children, Megan (Ryan), Sarah, and Jesse; her siblings, Wilbert Timmermann of Breese, Stanley Timmermann and wife Helen of Breese, “Ollie” Timmermann and wife Jeanette of St. Rose, Larry Timmermann of Breese, Ruth Albers and husband Leon of Breese, Richard Timmermann and wife Anna Jean of Breese, and Rita Usselmann and husband Frank of Breese; brothers-in-law and sisters-in-law, Jane Timmermann of St. Rose, Mary & Ken Bolhofner of Aviston, Dolores Von Bokel of Aviston, Ralph Von Bokel of St. Rose, and Mary Schulte and Betty Von Bokel both of Aviston; and 59 nieces and nephews.
In addition to her parents and husband she was preceded in death by a sister, Vera Grapperhaus; a brother, Robert Timmermann; and brothers-in-law and sisters-in-law, Louis Grapperhaus, Dorothy Timmermann, Bernard Von Bokel, Ferd & Helen Von Bokel, Robert Von Bokel, and Mary Jane Von Bokel.
Mrs. Von Bokel was a homemaker and also operated the family farm with her husband. She was a member of St. George Parish and Altar Sodality. Bernice enjoyed embroidering, quilting, and playing cards; and many people enjoyed her excellent cooking. Most of all, you can’t spell Bernice without nice!
Due to the Covid 19 pandemic, all services will be private.
Memorials may be made to the St. George Parish Building Fund or for masses and will be received at Nordike Funeral Home, 15 E. Hanover St., New Baden, IL 62265 who is serving the family. Condolences may be sent to the family at www.nordikefuneralhome.com