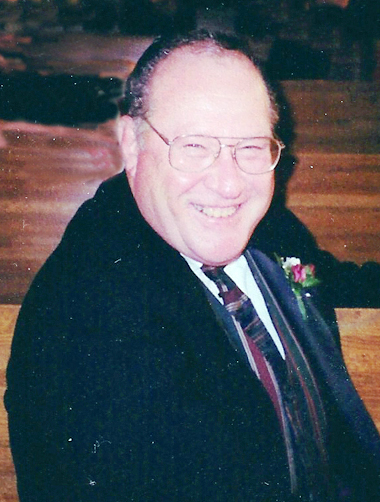 Mr. Richard Williams of Okawville, IL departed this life in the Memorial Hospital in Belleville, IL on Wednesday, August 26, 2020 at 3:26 P.M. He had attained the age of 79 years and 23 days.

Richard was born in Alton, IL on August 3, 1941 the son of Verdell and Helen (nee Vucich) Williams. He was united in marriage to Jean Miller in St. Kevin’s Catholic Church in Rosewood Heights, IL on October 19, 1963 and she survives his passing.

Rich was very active with the Boy Scouts of America, having attained the rank of Eagle Scout in 1958. He was later awarded the Silver Explorer Award. He and Jean volunteered for many years at Camp Warren Levis in Godfrey, IL. Rich was a faithful member of St. Barbara Catholic Church in Okawville and was a 4th Degree Knight with Msgr. Al Jerome Knights of Columbus Council 12799 in Okawville and served as a Grand Knight. He was also a member of the Okawville Lion’s Club. Rich enjoyed playing golf and cards, shooting pool in pool league, and trips to the casino with Jean, who often fared better than he did.

In addition to his parents, he was preceded in death by a grandson, Chase Williams and three sisters, Anna K. Anderson, Jackie Thaxton and Cecilia Meyer.
Mass of Christian Burial will be celebrated from Holy Childhood Catholic Church in Mascoutah on Tuesday, September 1, 2020 at 11 A.M. with Fr. Paul Wienhoff officiating. Interment will be in the St. Barbara Catholic Catholic Cemetery in Okawville.

Friends may call at the Campagna Funeral Home in Okawville on Monday from 5 P.M. until 8 P.M. and again at the church in Mascoutah on Tuesday from 10 A.M. until the service hour. Due to Covid-19 health concerns, guests are encouraged to wear a mask and practice social distancing.

Even though Rich never served in the military, he was very fond American Legion Post 233 in Okawville and spent many a Friday night at the fish fry and nearly every Saturday morning there to play cards with his buddies. Therefore in lieu of flowers, Mass offerings or memorials to American Legion Post 233 will be accepted by the Campagna Funeral Home.

Online expressions of sympathy may be made at www.campagnafuneralhomes.com