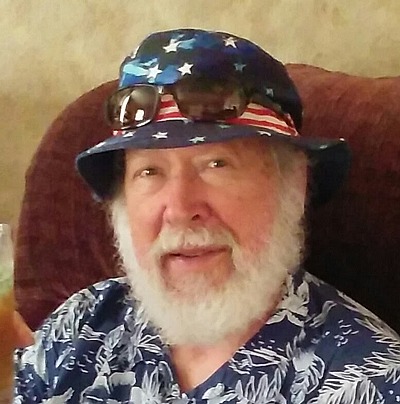 Charles F. Knobeloch, 80, of Centralia passed away Friday, January 1, 2021 at SSM Health St. Mary’s Hospital in Centralia. He was born on April 7, 1940 the son of Edgar and Irma (Heinke) Knobeloch in Mascoutah. From his marriage to Charlotte Morse two children were born.

Charles was preceded in death by both his parents; brothers, Larry Knobeloch, and Jerry Knobeloch; and his son, John Charles Knobeloch.

Charles had a great personality and was a genuine jokester, making sure to bring laughter everywhere he went. His kindhearted nature was evident to everyone and he had a way of putting others at ease. He lived for spending time in the great outdoors and had many outdoor hobbies. Charles was a master hunter, whether it be looking for whitetail deer or morel mushrooms. He enjoyed fishing from the depths of the Florida Keys to the local freshwaters in Illinois. He had a green thumb and grew beautiful vegetable gardens every summer. Charles considered himself a lucky man and hoped to choose a winning card at Bingo. He also extended his lucky streak at Casino Queen while playing the slot machines. Charles was so proud of his daughter, grandchildren, and great-grandchildren. At the end of his life he loved to spend time with his daughter, Jodi creating lasting memories, and sharing love for each other. Charles will be remembered fondly and deeply missed.

Irvin Macz Funeral Home in Centralia is privileged to be assisting the family of Charles Knobeloch with arrangements. A private family service will be held. To continue Charles’ passion for winning “The Jackpot”, the funeral home will be accepting scratch off tickets in Charles’ honor to give to his family. Online condolences and memories of Charles may be shared with the family by visiting www.maczfuneralhomes.com and/or on the funeral home’s Facebook page.