Chris Eckert, president of Eckert’s Country Store and Farms in Belleville, speaks during a virtual session of the Illinois Specialty Crop Conference on Thursday. Eckert said that despite concerns, a shift to people having to make appointments to pick from the fields during the COVID-19 pandemic has worked well for the agribusiness. “While there was a lot of fear of it, acceptance was very high,” Eckert said. (Photo courtesy of Illinois Farm Bureau)

Many boons found among changes forced by pandemic

By CHRISTOPHER HEIMERMAN
For the Illinois Press Association

BLOOMINGTON – Apple orchard and pumpkin patch operators can pick out a number of surprise benefits from doing business during the COVID-19 pandemic.
During a Thursday afternoon session at the virtual Illinois Specialty Crop Conference, operators of two of the state’s biggest such companies went over unforeseen boons – from a more productive relationship with government officials to more fruitful use of social media.
The biggest surprise, perhaps? Sales went up year-over-year, according to Chris Eckert, president of Eckert’s Country Store and Farms in Belleville.
“With everything we’ve learned, I expect [profits] to be even better this year, or at least to stay at those numbers,” he said. “I certainly don’t expect them to go back to where they were in 2019.”

‘Suddenly, we’re on the front line’
Eckert and Randy Graham, chairman of the Illinois Specialty Growers Association and co-owner of Curtis Orchard & Pumpkin Patch in Champaign, helped form and lead a working group that wrote COVID-19 operating guidelines and protocols, as they pertain to agritourism, then presented them to legislators and the Illinois Department of Public Health.
Eckert said it was refreshing to have not just a seat at the table, but officials’ undivided attention.
“They’d never really listened to us like this,” Eckert said. “I think it’s very easy for the governor, the administration or the public health department to make rules without thinking about us. Suddenly, we’re on the front line of what seems like a war. Twelve months ago, we didn’t necessarily think of ourselves as essential workers.”
Graham said working with the group to write the guidelines opened his eyes to the wide range of ideas, opinions and gripes.
“There was a lot of give and take, and you’d think it would be a little easier to come to an agreement on some topics, but we discovered a lot of diversity in opinion,” he said. “That really helps us view the situation through different eyes.”
After the state health department issued its guidelines, businesses were at the mercy of their local health departments.
Things were more strict in Champaign than, say, St. Clair County.
“Very strict, I would say,” in Champaign, Graham said.
For instance, those inflatable play areas that keep patrons on-site all day, after they’ve bought their children an all-day wristband? The Champaign-Urbana Public Health District took the air out of those structures.
But whereas some other health departments around the state required rigorous ticketing and appointment systems for orchards and pumpkin patches, the Champaign department didn’t.
“Having the strength of numbers document maybe helped sway them to work a little more with us in some areas,” Graham said.

No one likes to stand in line
Eckert braced for blowback when his business instituted a picking appointment system in Belleville.
“It was a challenge,” Eckert said. “We had been charging some field admission for years, but we’d never pushed for advance ticketing. We didn’t know how much resistance we were going to get.”
Eckert’s started with 100 patrons per 30-minute timeframe, $2 to $5 apiece per slot, to gauge how many people they could safely put on a wagon, and determine how many wagons they could run without issues. They slowly increased the number until they reached 300 per half-hour.
“While there was a lot of fear of it, acceptance was very high,” Eckert said. “Don’t get me wrong. There’s always complaints.”
On the flip side, he said he and his staff got more compliments than in years past.
He and Graham said there were fewer cars in the parking lots during typical peak times. But there were cars in the lots all day, and sales went up. With no long lines to stand in, pumpkin sales “skyrocketed,” Graham said.
“They were through the roof,” Eckert said, admitting he didn’t know exactly why.
Gail Devilbiss, an agriculture and natural resourcs program coordinator with the University of Illinois Extension, pointed out in the session’s chat that decorating pumpkins is “a family tradition,” and a more cherished one in 2020 “because everyone was home. Same with Christmas trees.”

Going against traditional grain
Graham admitted it was tough to make decisions that flew in the face of conventional, perceivably successful practices.
He winced when the decision was made to eliminate that play-all-day wristband.
“Usually the longer they stay on the farm, the more money they’ll spend,” he said.
This year, the Champaign farm couldn’t use its store as a sort of funnel, and a gateway into the pumpkin patch. But patrons spent more money in the store when they had elbow room, when the store wasn’t packed to the gills. The plan going forward is to sell pumpkins at an outdoor structure, as well.
Some forced decisions were not only easier to carry out than expected, but saved a lot of time and resources. For instance, replacing the clunky, foot-pedal hand-washing stations with dozens of hand sanitizer stations cut down on maintenance, while making patrons feel more safe.
Eckert said industrywide, apple sales have been declining in recent years. Whereas a grain farmer can change up his planting patterns, apple trees are where they are.
So in an effort to buoy sales and cut down on food waste, Eckert’s partnered with grocery chain Schnucks to sell apples wholesale.
“It’s the first time we’ve done wholesale in 30 years, in any meaningful way,” he said.

‘Video is going to be the real winner’
Graham said he and his staff saw a lot of new faces this past season. The trick now is bringing them back, especially when, as Eckert pointed out, other entertainment options, such as minor-league professional sports, are bound to return this fall.
“Video is going to be the real winner,” Eckert said, before laughing a little. “It’s something we’re not really good at yet.”
It takes a real mindset shift to go from traditional marketing like billboards and broadcast advertisements to leveraging social media.
“I used to view social media as the free advertising medium where you’d get a little bonus,” he said. “When we started focusing on it I realized if you really want to do it well, you have to invest your promotional dollars into it. It takes a lot of effort to put together videos.”
He said social media is the most measurable medium he’s worked with, and its immediacy is invaluable when you’re dealing with, say, the rapid changes of apple varieties in a season.
“You really see an immediate impact,” he said. “If we announce honeycrisp apples are ready, in 5 minutes, you’ll see people walking through the doors.”
A major breakthrough for Curtis Orchard & Pumpkin Patch was using more video this past season. For instance, its Cooking with Kids videos, each just a few minutes, were an instant hit.
Graham said the kids were a joy to work with – and surprisingly well-behaved. It drove home a reminder that agribusiness is about more than selling apples and pumpkins.
“We’re this bastion of nostalgia – the way things used to be,” Eckert said.

Emphasis on education and public trust
In the mid-’90s, apple cider got a bad rap when unpasteurized batches caused three e coli outbreaks.
“We’d eroded the public trust, and we needed to get it back,” Eckert said. “Being good stewards of the industry is an important part. We have an important role in connecting people with food, and them feeling good about that.”
He and Graham agreed that in 2020, families were willing and eager to come to the farm and see how food is grown, and how the products they buy in the store are produced.
“Our guests really felt safe coming to us and seeing where food was produced,” Eckert said. “There was some security that came with that.”
Organic, locally grown food has been trendy in past years, but 2020 felt different, he said.
“Before, it was more of a luxury, and now I think people see us as critical.” 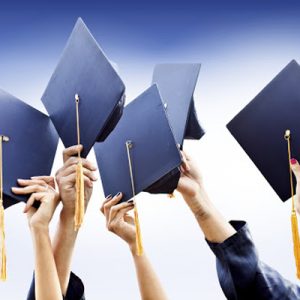 Police To Investigate Reports of Aggressive Dogs at Dog Park