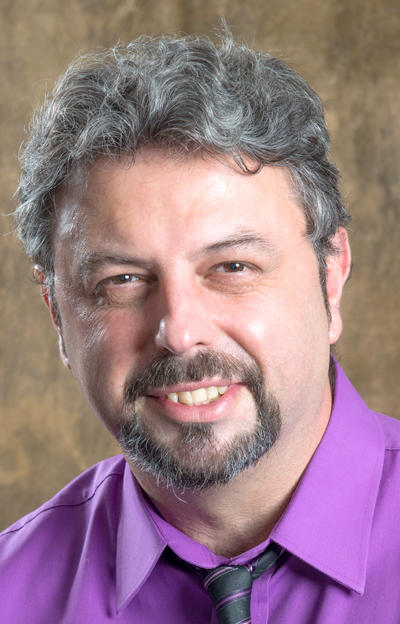 Roger Allen Drinnon passed away on April 3, 2021, at the age of 54, in his home in Mascoutah, Illinois, after a six-year battle with cancer. Roger was a beloved father, husband, veteran, and child of God.
He was born in Dayton, Ohio on August 22, 1966, to Opal (Bowlin) Skyles and Rector “Rex” Jesse Drinnon. He married Kimberly Marie, nee Shaffer, Drinnon on April 4, 1986 in Rantoul, IL Roger and Kim are blessed with five beautiful children and one grandchild.
Roger was a U.S. Air Force veteran who proudly served our country. He started his Air Force career as an aerospace ground equipment (AGE) mechanic. Later in his career, he served as a public affairs (PA) journalist and media relations specialist who served in a NATO Coalition Press Information Center in Pristina, Kosovo. Roger was awarded many honors and distinctions during his career including two John Levitto awards for professional military education and retired as a Master Sergeant in 2006. Upon retiring from active duty, he led the Air Force’s media embed program for the wars in the Middle East as Air Mobility Command’s chief of media operations at Scott AFB, IL. He had degrees in military operations, workforce education and public affairs/journalism. After his career with the Air Force, Roger put his journalism training to good use serving the church as the LCMS director of Editorial Services and Media. He liked to consider himself the public affairs man for God.
Roger was a faithful and devoted member of Zion Lutheran Church in Mascoutah and served the church as an elder and many other roles. Roger was a taekwondo first dan blackbelt certified by the Kukiwon headquarters in Seoul Korea. He was an avid, self-taught guitar player and loved to play classic rock, Spanish-jazz fusion, and classical guitar. Roger enjoyed archery, axe throwing, and karaoke nights where he was known as “Rocking Roger” at Scooters with family and friends up until the end.
He was preceded in death by his parents, Rector Jesse and Opal, nee Bowlin, Drinnon, his father-in-law and mother-in-law, Harry and Berniece Shaffer, a sister, Mary Drinnon, two brothers, David and Ronnie Drinnon
Roger is survived by his wife Kim; his children Roger Andrew Drinnon (Katrina) of Okawville, IL, Kynan Drinnon (fiance Kranesha) of Fernandina Beach, FL, Stefan and Hannah Drinnon both of Mascoutah, IL, Christian Drinnon of Fernandina Beah, FL; one grandchild, Jaxson Roger Andrews-Drinnon; four siblings, Glenda (Mike) Harms, Brenda (Eddie) Swanton, Tracy Skyles, Rex Drinnon, sister-in-law, Valerie Drinnon, nieces, nephews, and many friends.
Memorials may be made to Zion Lutheran Church Memorial Fund, 101 S. Railway, Mascoutah, IL 62258. Condolences may be sent to the family by visiting mollfuneralhome.com.
Visitation: From 4 to 7 PM Thursday, April 8, 2021 at Moll Funeral Home and 9 to 10 AM Friday, April 9, 2021 at Zion Lutheran Church, Mascoutah, IL. COVID-19 restrictions will be followed, face coverings required, and social distancing, with a limited number of visitors at any time. Please be respectful of time so other visitors may pay their respects to the family.
Funeral: A funeral service will be held at 10 AM Friday, April 9, 2021 at Zion Lutheran Church with Pastor Kirk Clayton officiating. A graveside service with military honors will be held at 12 PM Saturday, April 10, 2021 at Beckman Cemetery, Flatville, IL.
Moll Funeral Home
Mascoutah, Illinois