Changes will be presented at next meeting

The Mascoutah City Council held its regular meeting on Monday, Aug. 16. The meeting was open to in-person participation as well as virtual participation via the Internet.

Council members discussed the second reading of the Gambling and Video Gaming code change. All indications from the first reading held on August 2, seem to point to the code being approved. However, a few details regarding the revenue from “sales of food and beverages” were discussed by the council and during Public Comment.

A representative from Moto Mart questioned whether “food” needed to be prepared on-site or could it include pre-wrapped food items.

According to the change that was to be voted on, “No more than 50 percent of the gross revenue to any licensee having supplemental video gaming license shall be derived from gaming revenues. The gross revenues from sales of food and beverages (including but not limited to alcoholic liquor) by a licensee must be greater than the licensee’s revenue derived from video gaming.”

The new change to be discussed at the next council meeting may state that “any outside sales” (not just food and beverages) must equal 50 percent or more revenue from the business.

At no time can gambling and video gaming income account for over 50 percent of the total revenue.

The new code applies to new gambling and video gaming businesses only. Current businesses are exempt.

Fraternal and Licensed Veterans establishments, and Not For Profit organizations are also exempt from this code.

“We will work on it and bring it back so it will alleviate some concerns,” Mayor Pat McMahan stated.

An additional second reading on the agenda included a Mobile Home Code change. Councilmen discussed and approved a code that mobile homes no older than seven years of age can be placed within a mobile home park.

They also approved changing the current $25 permit fee to $500. The $500 permit fee will cover the inspections required for the placement of the mobile home (footing, tie-down, electric, occupancy) and administrative costs.

Regarding utilities, if water or electric service to any mobile home has been disconnected or terminated for six consecutive months, the mobile home will be declared abandoned and will be removed at the owner’s expense. An extension can be granted by the City Manager upon proof of hardship by the owner.
Other items on the agenda included:

• Report from Mascoutah Fire Chief Joe Zinck: The Mascoutah Fire Department answered 30 requests in July which included several storm events.
The Mascoutah Rural Fire Protection District has purchased a powered hose roller system to assist firefighters in picking up and loading waterhoses in an effort to reduce the threat of injuries. $8,000

Waldrup also reported that one Mascoutah officer has qualified for the Major Case Squad and he will be receiving additional training in that capacity.

• Report from Public Works Director Jesse Carlton: The Public Work Departments completed 479 work orders in July.
Some but not all of the work orders completed by the Street Department included:
-removed tree stumps in several locations;
-removed large log sections from three trees in Scheve Park that were cut down;
-regraded ditch on the east side of S. 10th St;
-poured concrete at 600 block of Joseph Dr. to replace an area from a water break earlier in the year;
-cut down bushes that were blocking the view at N. Jefferson St. & E. Harnett St.;
-dura patched and prepped streets to prepare for oil and chip.
Some but not all of the work orders completed by the Water Department included:
-repaired sewer at 100 block W. Main;
-worked with the linemen with issues caused by recent weather event;
-cleaned sewer mains in various areas of town.
Some but not all of the work orders completed by the Electric Department included:
-installed electric at the Bierger-Kiel pavilion and 10 St. pavilion;
-outage on 6th St. circuit caused by a broken limb in the easement;
-Waterloo Electric Department came in and assisted in the repair of multiple lines, poles and services that were damaged during a recent weather events;
-installed new LED lights on the east end of Fuesser Rd.
• Report from City Engineer Tom Quirk: -Notice to proceed with construction on the Wastewater Treatment Plant was issued to Plocher Construction Company on August 3. The material and equipment submittal process is ongoing and on-site construction is scheduled to start in early September. Construction is scheduled to be substantially complete on or before January 31, 2023.
-Notice to proceed with construction of the Scheve Park Expansion Project was issued to DMS Contracting Inc of Mascoutah in the amount of $73,800.00. The project will require seeding to be completed between September 15 and October 15 when weather is favorable for lawn growth City crews have completed installation of culverts and storm sewer.
-City staff is working with the Mascoutah Surface Water Protection District on the repair of the underground drainage tunnel under Church Street and Market Street. Notice to proceed with constructions was issued to KRB Excavating Inc in the amount of $227,000.00. TIB2B funds will be used to pay the City’s share (50 percent) of the cost, $113,500.00. The project is to be completed by the end of November 2021.

• The City Council approved a bid award from Hanks Excavating & Landscaping Inc of Belleville for ADA (American with Disabilities act) Sidewalk Improvement at various locations in the City limits continent on IDOT approval. The cost of the project is $77,512.50 and will be paid for with City MFT (Motor Fuel Tax) funds.

• Mascoutah has been working to obtain funding for the L&N Railway Trail project. This project consists of constructing a new 10-foot wide shared use pedestrian and bicycle trail along the south side of town on City owned property that runs along the old L&N Railway corridor. It will begin on the east side of Brickyard Road and end on the east side of Route 4. A new trail head and parking lot as well as pedestrian friendly crossing of Route 4 will be constructed.
The City was awarded an ITEP $918,000.00 grant for this project which will cover approximately 90 percent of the project cost.
The City applied for and was awarded funding through the MEPRD Park and Trail Grant Matching Program in the amount of $64,415.00 which will cover the City’s remaining 10 percent of the project estimated at $32,308.00.
The resolution was approved by council members.

• Before the close of the meeting, Mayor McMahan said he has received some concerns regarding the placement of the new planters in town. They will be checked and if needed, moved to a different location so they do not disrupt the view of drivers or block a sidewalk in any way. 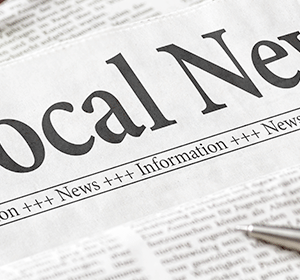 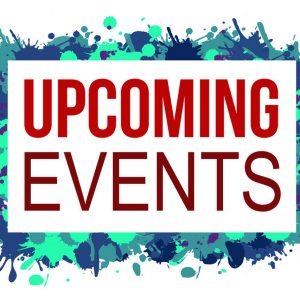 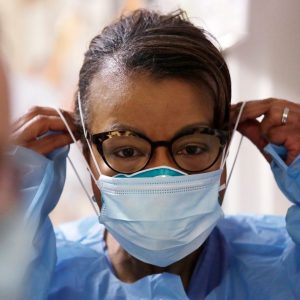