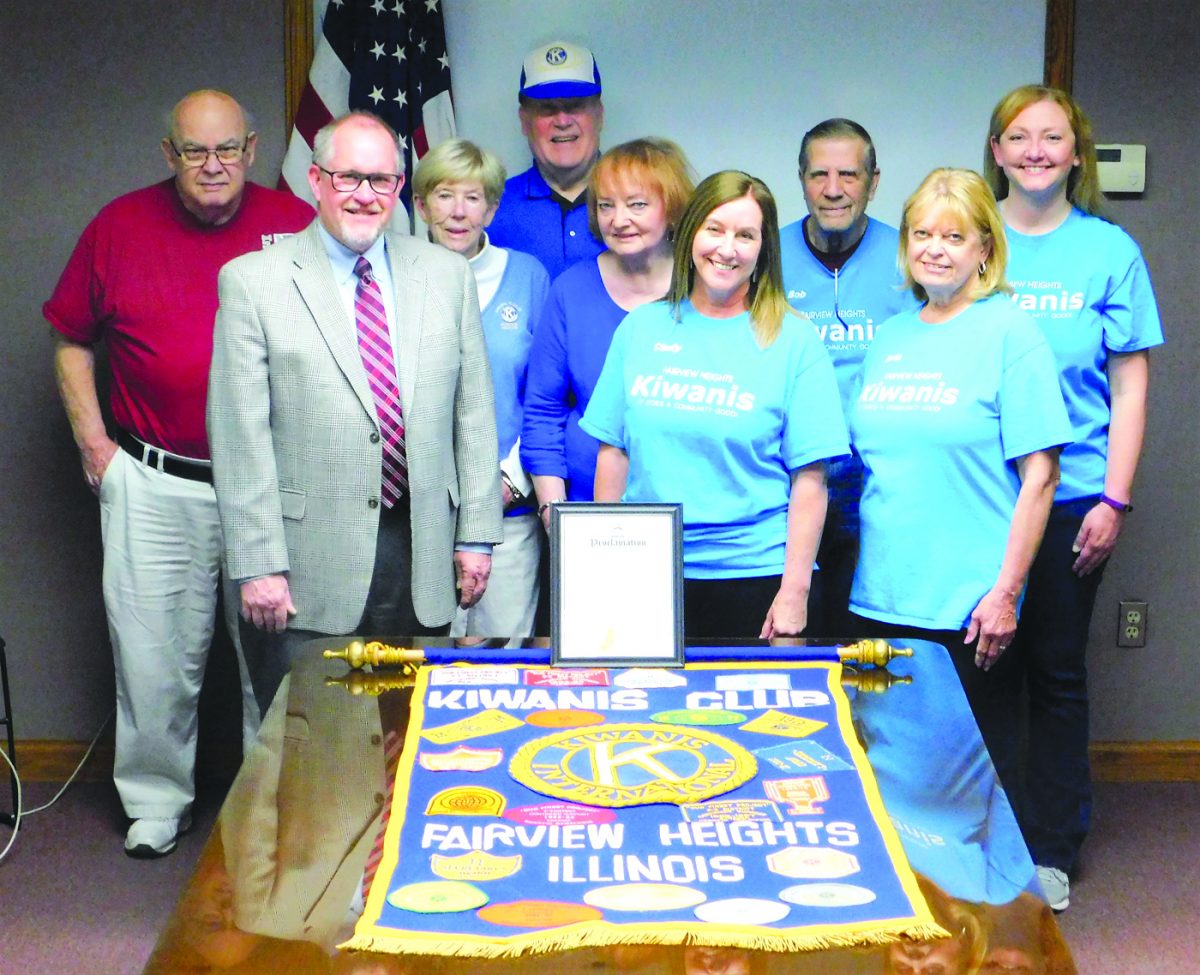 Members of the Fairview Heights Kiwanis Club are celebrating the local organization’s 50th year of service to the community this month and were honored with a proclamation from Mayor Mark Kupsky to commemorate the occasion.
A special 50th anniversary celebration for the club members and their guests is being held this Saturday evening, May 14, at the Knights of Columbus Council 592 Hall at 5420 Old Collinsville Road in O’Fallon, just across the border east of Fairview Heights.
As indicated in the mayor’s proclamation, the Fairview Heights Kiwanis Club was formally chartered on May 2, 1972, and has since then provided support for “countless causes and needy organizations” both locally and with far-reaching impact.
One of its programs provides encouragement to local students to improve their academic performance by awarding “Bringing Up Grades (BUG) award certificates to those who have improved from one grading period to the next during the school year.
The Fairview Heights Kiwanis Club has also provided sponsorship support for local Cub Scout Pack 585 and Boy Scout Troop 585, the city’s food pantry, the Illinois Center for Autism, Salvation Army, American Cancer Society, National Foundation for Ectodermal Dysplasia, the Spastic Paralysis Research Foundation, the Muscular Dystrophy Association and the Kiwanis International Foundation among many others.
This Kiwanis Club always makes sure it has a presence at various local events, the most recent of which was the City of Fairview Heights Parks and Recreation Department Easter egg hunt held last month.
In keeping with the international Kiwanis mission of “changing the world, one child and one community at a time,” the Fairview Heights club members has additionally committed to supporting the United Nations International Children’s Emergency Fund which is now named the United Nations Children’s Fund in its global campaign to eliminate maternal/neonatal tetanus from 39 counties around the world.
At city hall in Fairview Heights last week, Kupsky signed the document proclaiming Monday, May 2, as Kiwanis Club of Fairview Heights Day in the city.