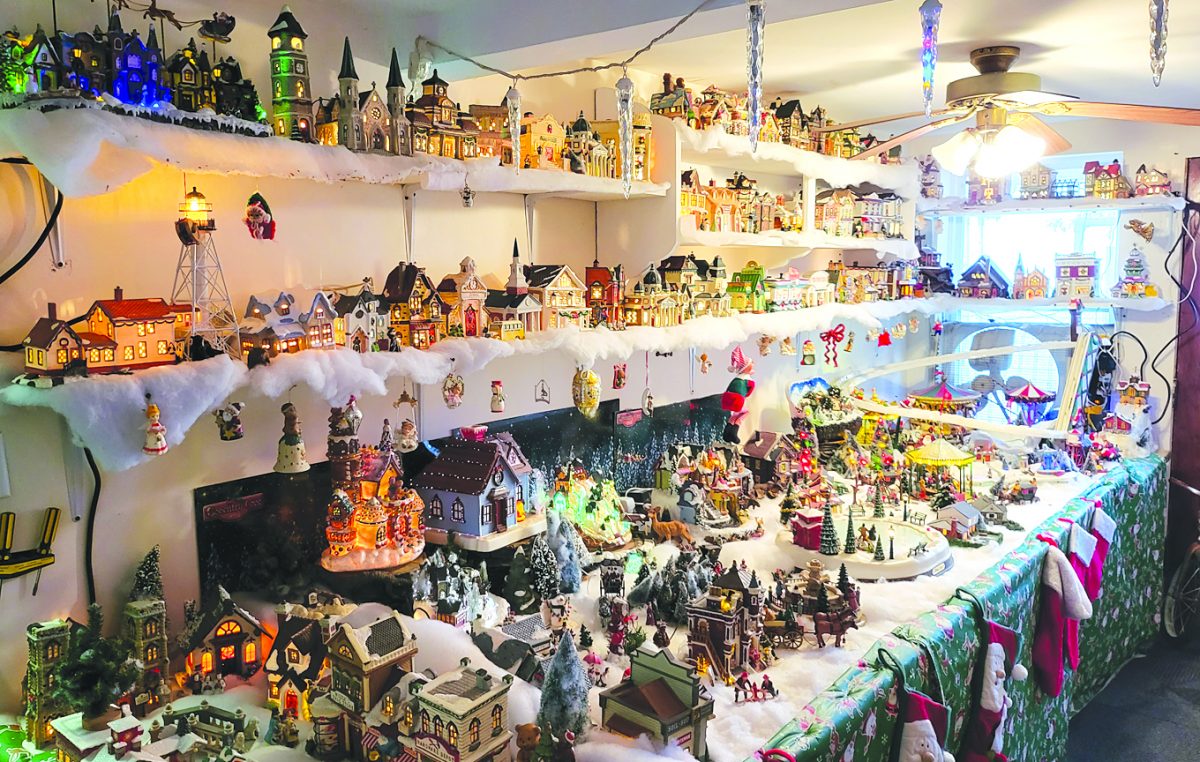 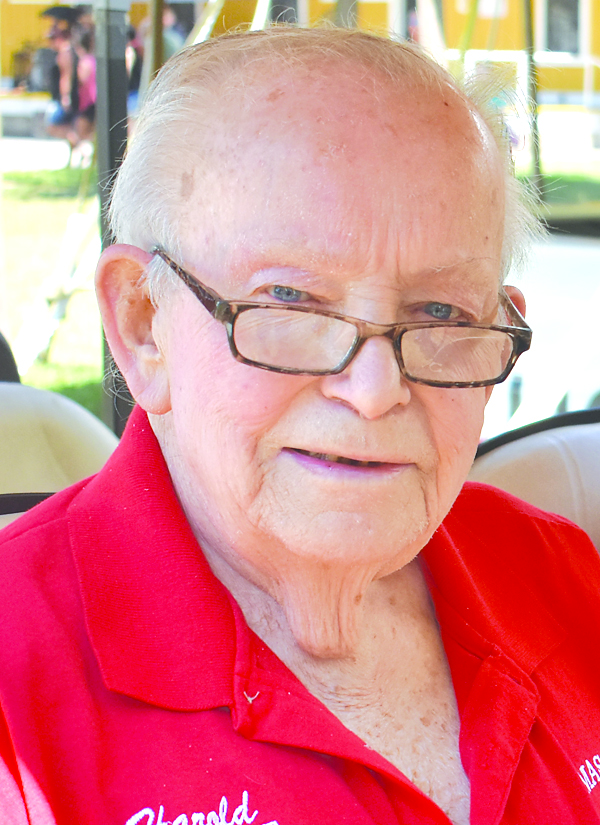 Mascoutah resident Harold Knoth, 84, loves Christmas. When asked why he simply says, “It’s the best time of year.” He has funneled that love into his massive and still growing collection of miniature Christmas houses.
The idea of miniature Christmas houses being displayed in people’s homes started over 100 years ago and has grown to be a common sight in many houses around the Christmas season. For Harold, he was hooked since his first item.
“It got started with my ski slope and it comes from France,” Harold said. He decided he wanted to expand his ski slope, but when he tried to buy additions to the track he discovered the factory that had made them had burned down.
“They don’t make them anymore so what you see (in my collection) is what is there. You won’t ever see any more of it.” After this, his collection went in the direction of the houses and has continued to grow.
Spanning one full room and his garage, Harold’s collection has now grown to over 500 miniature houses and he continues to add to his collection every chance he gets. Many of the houses are motorized. They move, play music and light up. The most additions he has made at one time came from an auction he went to six years ago.
His daughter, Phyllis Johnson, recalls that day. “He called me and said ‘hey, why don’t you come over to the AG Building. I bought some houses,’” she said.
“I asked, ‘how many did you buy?’ and he goes, ‘All of them.’” It turns out, Harold had bought 48 houses at one time from that one collection.
Right now Harold looks to add a train set to his collection but is still figuring out how to set it up among the houses. “I’ll probably have to reset it all,” Harold said, in deep thought.
Recently he loaned a portion of his collection out for display at the Mascoutah Tuesday Women’s Club’s “Grinch Night’’ and “Christmas Through The Eyes of a Child” event at the Ag Building. “They came in to take a look and asked him very kindly if they could borrow them,” Phyllis said.
This was an unusual way to see his collection as he generally tries not to move them often. “If you drop them, you can’t put them back together,” Harold said, matter of factly.
“Now we leave it up year round,” Phyllis added.
Although Harold doesn’t often loan his collection out to people, he takes great pride in showing it off to anyone who is interested. “Kids just sit out there and their eyes sparkle,” he said.
His favorite buildings are the casino and the motorized dance hall, but he also has a small Shell gas station. He obtained that one specifically because of his long time running of the Shell Station in Mascoutah, from 1962 to 1979. This station was where the Sax Speedi-Chek now stands.
His favorite store to buy Christmas miniatures is at Bronner’s Christmas Wonderland store in Frankenmuth, Michigan. “It’s the best.”
Harold has been a pillar in the Mascoutah community for many years, acting as president of the Mascoutah Improvement Association for over 40 years and has been active in the park for even longer. He also spearheaded the building of the AG Building at the park and innumerable other park improvements during his time as the MIA president. Today he is retired, but he still has his hobbies and takes great joy in indulging in them.
He also has a large collection of whiskey decanters, numbering over 1700. It has become harder for him to continue to grow this collection because the amount of room he has for them is already full, and decanters are not made very often.
Harold wants to wish everyone a very merry Christmas and hopes everyone enjoys it as much as he will.