The Mascoutah City Council held their last meeting for 2021 on Monday, Dec. 20. Virtual and in-person participation was allowed.
The second reading of the 2021 Property Tax Levy was held and approved. The 2020 Rate Setting EAV (equalized assessed value) was $141.9 million. This year, the calculated estimate is $146.2 million.
The Finance Committee recommended increasing the levy amount to 4.99 percent in order to ensure that all EAV increase is captured.
The Tax Levy can be defined as dollars needed by the City to run operations and to pay General Obligation Bonds. The Tax Levy dollars requested absorb only growth generated revenues related to estimate EAV calculations, no additional increase.
The City’s line items (General Fund, Bonds & Interest Fund, IMRF Fund, Fire Protection Fund, Police Pension Fund, Parks & Recreation Fund, Ambulance Fund, Library Fund, SSA #001) total $2.6 million for the fiscal year starting May 1, 2022 and ending on April 30, 2023.
Other items on the agenda included:
• Report from Mascoutah Fire Chief Joe Zinck – The Mascoutah Fire Department responded to 30 calls in November.
The MFD has two members completing the firefighter program at SWIC (Southwestern Illinois College) this month.
The MVFC will hold their annual fundraiser/mailing starting the end of January. Their Firemen’s Dance will be held February 26 at the Mascoutah Moose.
• Report from Public Safety Director Scott Waldrup – The Mascoutah Police Department reported 208 activities during November.
They responded to 21 accidents.
During the month, officers issued 56 traffic citations and 84 warnings.
Waldrup stated that Boeing requested increase patrols by their new facility being constructed. Due to speeding vehicles, trucks are having problems safely pulling into and out of the construction site.
• Report from Public Works Director Jesse Carlton – The Public Works Department completed 541 work orders during November.
Some, but not all, of the work orders completed by the Street Department included:
-removed tree stump and dug holes in the park for tree planting,
-assisted the Water Department with a water break on Union St.,
-installed rip rap on culvert end on Union St,
-fixed ruts in backyard from lineman fixing a utility pole at 300 block North John St,
-and replaced numerous street signs and information signs that were faded.
Some, but not all, of the work orders completed by the Water Department included:
– pulled pump #2 at Klopmeyer liftstation for repairs,
– repair service leak at 300 block Warner St,
– applied old roto mill to Mid America Lift Station rd.
– and cleaned sewer mains in various area of town.
Some, but not all, of the work orders completed by the Electric Department included:
– monitored voltage due to colder weather,
– continued working on the Park Substation,
– replaced some bad GFIs at the Park for Christmas decorations,
– and removed old transformer and phone line along berm at East Lagoon for addition of rip-rap.
• Report from City Engineer Tom Quirk – Report on Electric 13.8 kV Distribution System Upgrade Design Build Project – This project consists of constructing a new distribution line and improving the current distribution system to increase the capacity and improve the reliability of the City’s electric distribution system to serve new development along Route 4, at I-64, and for the new Boeing development. This project includes approximately three miles of overhead conductor upgrades and extensions, a 125 mile duct bank from the north substation to the Boeing development, and a 1.75 mile underground circuit from the north substation to the north of I-64.
A design build contract with BHMG and Big D Electrical Contractors in the amount of $10.9 million was approved at the November 1 council meeting. This project will be paid for with TIF3 funds and Electric funds. The City is currently negotiating with the developers of the Boeing production facility for reimbursement of approximately one third of the estimated project cost. Completion is scheduled no later than July 31, 2023.
• Council members approved a resolution authorizing the sale of Engine 3511, a 1999 Pierce Saber Pumper Fire Truck; and a 2014 Dodge Durango.
The resolution allows the City to dispose of these items by public auction, private sale, trade-in, donation or scrapping.
The next City Council meeting will be held January 3, 2022 at City Hall (second floor) beginning at 7 p.m. 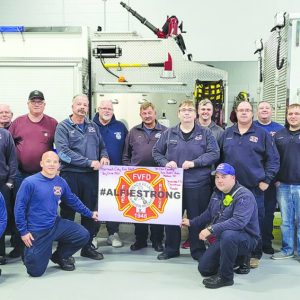 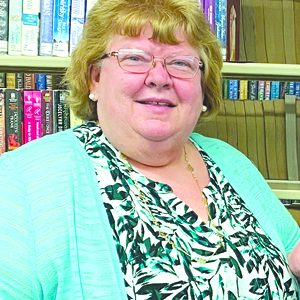 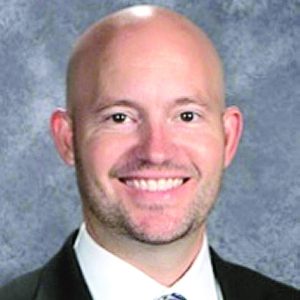