MADISON — Governor JB Pritzker today announced that the sold-out NASCAR Cup Series race, Enjoy Illinois 300 – which is sponsored by the Illinois Department of Commerce and Economic Opportunity (DCEO) Illinois Office of Tourism – is expected to attract more than 83,000 fans and produce at least $60 million in economic impact for the region. The event is the track’s first-ever sell-out and is World Wide Technology Raceway’s (WWTR) largest single-day crowd to date.

“NASCAR Cup Races are some of the biggest and best sporting events in the world – and as Sunday’s first-ever sold-out race indicates, nobody does it better than Illinois,” said Governor JB Pritzker. “The Enjoy Illinois 300 is a unique experience that will bring millions of dollars to the Metro East region and show tens of thousands of racing fans why Illinois is truly the Middle of Everything.”

Former NASCAR stock driver Richard Petty nicknamed “the King” has competed in more than 1,184 NASCAR races and was the first driver to win the Cup Series Championship 7 times. Statistically, he is the most accomplished driver in the history of the sport and is one of the most respected figures in motorsports overall. Petty will take the ceremonial first NASCAR Cup Series car lap on Friday. Additionally, Illinois native and businessman David L. Steward, founder and chairman of World Wide Technology, will serve as Grand Marshall for the race.

“I want to thank Gov. Pritzker and his team for their support,” said David L. Steward, founder and chairman of World Wide Technology. “I am especially grateful for what our team is doing to make this day possible, especially those who are nearby in our Edwardsville operations. A lot of people are working very hard to make World Wide Technology Raceway the premier destination for NASCAR. The Race. The Music. The STEM events for students. These will be a model for Cup races everywhere.”

“The entire track team is thrilled to finally welcome NASCAR and its fans to World Wide Technology Raceway,” said Curtis Francois, Owner & CEO of WWTR. “Our partnership with state and local leadership has helped make this long-time dream a reality and will deliver transformational change for this region for generations to come.”

As title sponsor, DCEO will offer a variety of interactive Enjoy Illinois activities for NASCAR fans of all ages at the race. Designed to highlight all Illinois has to offer, Enjoy Illinois created a unique experience at the racetrack that shows fans why Illinois is truly the Middle of Everything. This includes a remote-control racetrack shaped like Illinois featuring iconic landmarks, a classic car display with the iconic “Bluesmobile” from the Blues Brothers movie, a ‘Middle of Everything’ postcard station, giveaways, and more.

“We are thrilled to kick-off the historic Enjoy Illinois 300 NASCAR Cup Series Race with a sold-out raceway for Illinois’ largest spectator event in 2022,” said DCEO Director Sylvia I. Garcia. “As we welcome tens of thousands of NASCAR fans to our great state we’re driving tourism and economic development to our small businesses and attractions – while showing race attendees and viewers all Illinois has to offer.”

“This is an exciting day as we kick off the NASCAR Cup Series race at World Wide Technology Raceway,” said State Senator Christopher Belt (D-Swansea). “We are making it known that the Metro East and surrounding St. Louis area is a motorsports destination today and for years to come. This event will have an economic boost for our community and the Metro East by uplifting our local businesses, hotels, restaurants and more.”

“I know I speak for the majority of my community when I say I am excited to see the NASCAR Cup Series come to our community,” said Assistant Majority Leader LaToya Greenwood, (D-East St. Louis). “It’s engaging entertainment, but it will also bring millions in much-needed tourism dollars to the area. Events like this spark essential economic growth, and I hope to encourage more like them.”

“This is truly a great weekend for all of Southwestern Illinois,” said Assistant Majority Leader Jay Hoffman (D- Belleville). “We have worked so hard for nearly a decade to bring NASCAR to our region. The Illinois 300 is the result of all that hard work. We all appreciate the Governor’s support and we look forward to showcasing our area to the world.”

“The Enjoy Illinois 300 NASCAR Cup Series event is anticipated to bring a much-needed boost to the service, hospitality and tourism industries in downstate,” said State Senator Rachelle Crowe (D-Glen Carbon). “By attracting tens of thousands of fans to the Metro East, our state is solidifying its commitment to supporting regional development and driving economic growth throughout the area.”

“Sunday’s NASCAR Enjoy Illinois 300 is exciting, both because of the opportunity to enjoy a uniquely American sport right here in our community, but also because of the attention and investment it brings to the Metro East,” said State Representative Katie Stuart (D-Edwardsville). “Race fans from all around the United States are already camped out at World Wide Technology Raceway, with license plates from Florida to Oregon. Those who travel here are sure to discover what those of us who make the Metro East our home already know: it is full of potential and a great place to live, work, and play.” 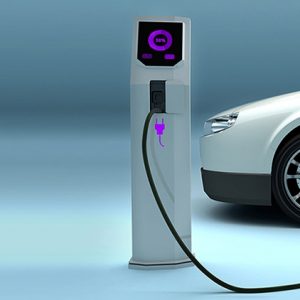 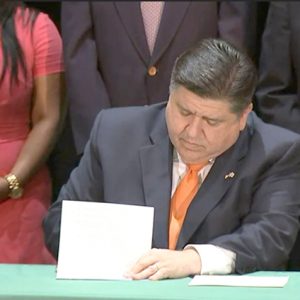 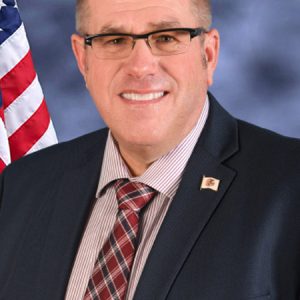 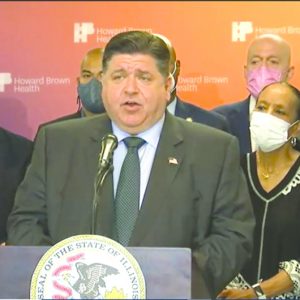 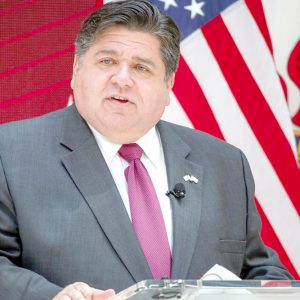