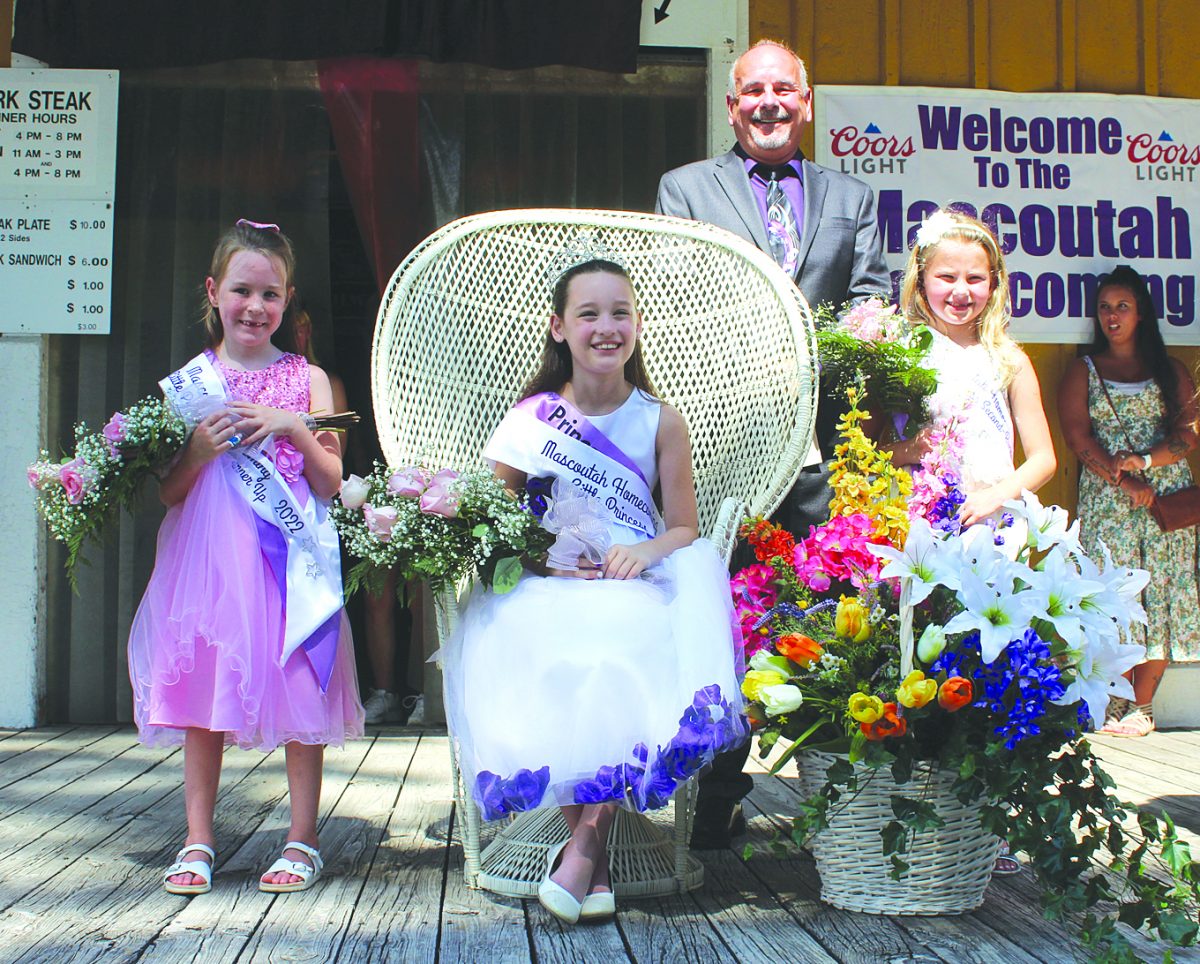 The 96th Annual Mascoutah Homecoming und AugustFest was another great chapter in the history books. Despite the heat, visitors filled Scheve Park all three days – August, 5, 6, & 7.
There were many highlights at the homecoming, but none were cuter than the Little Miss Mascoutah Homecoming Princess coronation. The adorable princess candidates were: Abby Layne Atwood, Leah Hoffman, Avery J, Kelly Johnson, Jillian Land, Amelia Lucas, and Sofia Norwood.
The coronation was held on stage at the Train Depot in Scheve Park. Mayor Pat McMahan served as Master of Ceremonies.
The 2022 Little Miss Mascoutah Homecoming Princess was Kelly Johnson. The first runner-up was Sophia Norwood, and the second runner-up was Jillian Land. Kelly was crowned by last year’s Little Miss Mascoutah Homecoming Princess Leighton Elbe.
Kelly 8, is the daughter of Adam and Jennifer Johnson; and the granddaughter of Allen and Vicky Johnson, Cindy Missey, and Ronald & Donna Dunlap. She loves to go to school, be with her friends, doing things with her family, and having fun.
She is a cheerleader for the Little Indians, loves swimming, and drawing. She was sponsored by the Mascoutah Moose Lodge.
First runner-up Sofia Norwood, 6, is the daughter of Chris and Melissa Norwood, and the granddaughter of Sally Norwood, Connie Norwood, Jennifer Geursten, and John Geurtsen. She was sponsored by the Mascoutah Chamber of Commerce.
Second runner-up Jillian, 6, is the daughter of Shawn and Heather Land; and the granddaughter of David Meier (papa). She was sponsored by the Mascoutah Jaycees.
The winner was chosen by the number of raffle tickets sold. Tickets were $1 or 7 for $5. First place prize is $750, second place is $500, and third place is $250. Kelly sold 3831 tickets.
The raffle winners were: Mike Clark $750 sold by Sofia Norwood; Caitlin Droll $500 sold by Kelly Johnson; and Patrick Miller $250 sold by Abby Atwood. Congratulations to the winners!
Huge Thanks to Workers and Volunteers
“I thoroughly enjoyed my first Mascoutah Homecoming and look forward to attending more in the future!” said City Manager Rebecca Ahlvin. “The MIA did a phenomenal job organizing the event and I’m grateful for all they do for our parks.”
Mayor Pat McMahan agreed. “The 2022 Homecoming Und Augustfest was a great success, a lot of fun and very hot!” he said. “We want to thank the MIA (Mascoutah improvement Association) for a fabulous job hosting the event and putting a ton of work into setting up, hosting, and then tearing down and putting it all away for another year! The attendance was great despite the oppressive heat and the parades were fabulous with a lot of entries!
“Our City employees also provide a ton of assistance preparing for and during the Homecoming, from the Electrical Department to the Parks Department, to the Police and EMS! We enjoy a special relationship with the MIA and know that the Homecoming is a boon not only to the parks but to our economy in general, so Thank You to the City and staff for their efforts!
McMahan thanked all the homecoming visitors for braving the elements and coming out!
“I’m saving the biggest THANK YOU to all the volunteers that, without them, our Homecoming simply would not exist! So many people volunteer their time, year after year, and we appreciate them, so much. Our awesome volunteerism in Mascoutah serves as a huge economic engine with all the events hosted by the various groups and organizations, they help fuel our economy by bringing in business and visitors!
“And if you haven’t volunteered in the past, please consider doing so. Most shifts are only a couple hours and you can have a lot of fun in the process, so please, consider volunteering next year, we need your help.”
Mascoutah Police Chief Scott Waldrup said the three-day festival was “very quiet and orderly.” There were no incidents to report.
EMS Supervisor Jeremy Gottschammer said the department had two heat related incidents but neither required medical transportation. There were a couple of minor injuries, but were treated by the EMS members at the park.
A huge thank you to everyone who made the Mascoutah Homecoming such an exciting success! Hope to see you again next year!