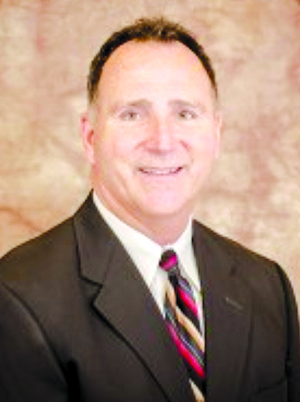 MASCOUTAH – A 55-page lawsuit was filed in Illinois federal court on Wednesday, Aug. 24, against a Mascoutah volleyball coach and the Mascoutah School District.
The lawsuit states that head volleyball coach Todd Gober subjected the team to “demoralizing and degrading” activities. The lawsuit was filed by Brooke Junker, a May 2022 MHS graduate and former captain of the volleyball team. She states the Gober and the School District violated her civil rights and discriminated against her.
According to the lawsuit, players were subjected to punishment after scrimmage games that included:
• “Spanking Machine” – The girls on the winning team stood in a line with their legs spread apart. The girls on the losing team must crawl through the leg of the girls on the winning team and permit those standing to slap the buttock of those crawling, at times hard enough to leave hand-shaped mark on the buttocks.
• “Kill the Squirrel” – The girls on the losing team are lined up on a wall. The winning team serve volleyballs at the losers and attempt to hit them. The losers cannot leave the wall until they are hit.
• “Seal Barks” – The girls on the losing team must lay on their stomachs and bark like seals.
• “Donkey Kicks” – The girls on the losing team must crawl around like donkeys, kick their feet so they hit their own buttocks a certain number of times, and make “hee-haw” sounds.
The lawsuit states that Gober required the girls to participate in an obstacle course race where they were partnered up. One partner was blindfolded, and the other partner attempts to lead them through a maze of set mouse traps without using words such as “forward,” “backward,” “left,” or “right.”
At the end of the obstacle course, participants who did not perform well were required to eat sardines, radishes, and other food while still blindfolded.
On Friday, Aug. 26, the lawsuit states that the coach forced the team to line up after a game and face the spectators in the stands while screaming at the girls, telling them they had “let down their fans.”
Junker and three other seniors separately met with a Mascoutah school counselor, voicing concerns about how they were treated.
The Counselor reported the incident to Mascoutah Athletic Director Scott Battas.
In the lawsuit, Junker said Gober “scolded the four seniors for approximately 45 minutes, said they had ‘betrayed’ him by speaking to a counselor, said they were not to see or speak to a counselor, and the seniors were not allowed to participate in practice that day.”
On Monday, Aug. 30, Gober alledgedly met again with the four seniors privately. Their “Team Captain” status was removed, and Gober said there would be no captains in 2021-2022 volleyball season.
Brooke Junker, is the daughter of Jeff and Beth Junker. Jeff Junker is the former assistant principal at Mascoutah High School. He retired this summer. According to the lawsuit, the parents tried to intervene on behalf of their daughter.
The lawsuit states that Junker is seeking damages in excess of $500,000 She is represented by Mathis, Marifian & Richter Ltd of Belleville.
Todd Gober is President/CEO at First Federal Savings Bank of Mascoutah.