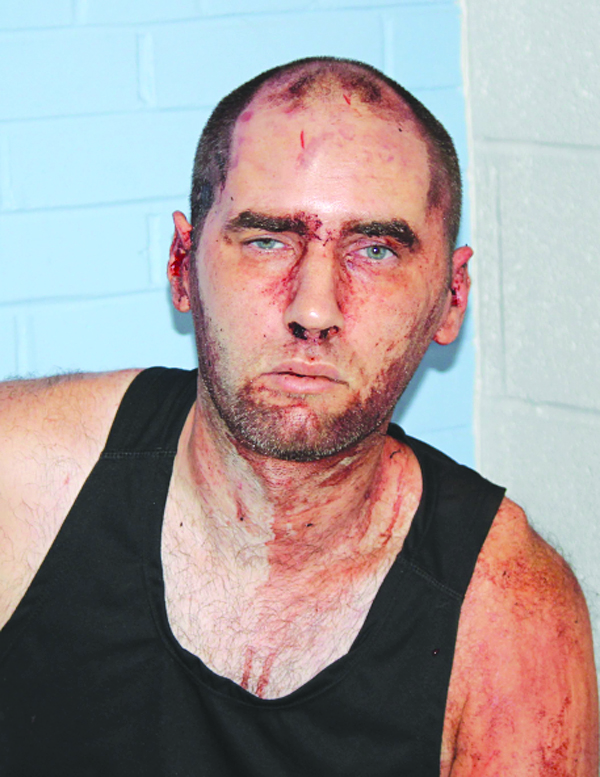 MASCOUTAH – On Sunday morning, Sept. 4, police responded to a report of three customers stabbed at a local bar in Mascoutah.
According to Mascoutah Police Chief Scott Waldrup, at approximately 12:30 am, Mascoutah Police Officers responded to Skootr’s, located at 323 West Main Street, in reference to a fight/stabbing incident.
Upon arrival, officers discovered that a verbal altercation had occurred outside of the bar which led to the suspect hitting a female victim in the face. A physical fight ensued when the suspect allegedly pulled a knife and injured three victims. Alex Frank, 37, of Mascoutah was taken into custody at the scene with a knife being recovered.
The victims were all identified as Mascoutah residents, Jason Green (age 41), Natasha Green (age 43) and Michelle Parks (age 42). Mascoutah EMS responded and transported all victims to area hospitals. The two female victims were treated and released. Jason Green was admitted to a St. Louis area hospital.
Frank, of the 100 block of Concord Drive, has been charged with five counts of Aggravated Battery.  A Class 3 Felony could result in 5 to 10 years in prison. Bail was set at $75,000.