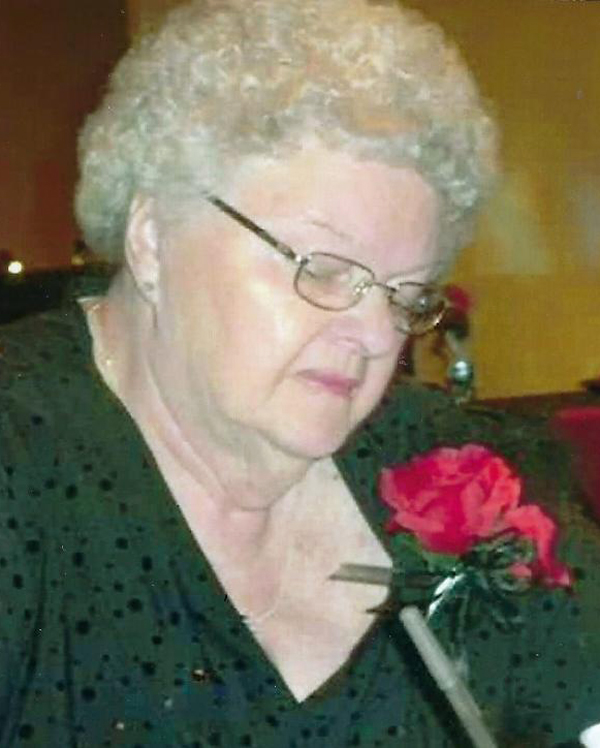 Stella Agnes Williams, nee Turner, age 86, of Cambridge House in O’Fallon, Ill., formerly of Mascoutah, Ill., born April 14, 1933 in Provincetown, Mass., passed away Wednesday, November 6, 2019 at her home.
Stella was a military wife and travelled to many states, and finally made her home in New Baden, Ill. in 1966. She later moved to Mascoutah in 1972. She was a bartender at the American Legion in Mascoutah and Hunds Tavern, and was a cook for Mar Ka Nursing Home and Mascoutah Senior Center. Stella was best known for her great cooking and baking. Additionally, she enjoyed doing crafts, dot pictures, and loved flowers. In her short time at Cambridge House, she made many friends and enjoyed their company.
She was preceded in death by her parents Thomas and Winifred, nee Ogilvie, Turner; all of her siblings Frank, Thomas, Walter, Anna, and Edward Turner, and her beloved pet Tigger.
Surviving and left to mourn her passing are her three sons Jack (Rita) Knau of Oakdale, Ill., Jerry (Anna) Knau of Ramona, Calif., and Wayne (Lisa) Williams of Greenfield, Ind.; her grandsons Devin (Rachelle) Knau of O’Fallon, Ill., Brandon (Michelle) Knau of Nashville, Ill., James Morrison of Fairview Heights, Ill., and her four great-grandchildren Stella, Scarlett, Savannah, and Tucker; extended family and many friends.
Memorial donations are suggested to Mascoutah Senior Center. Condolences may be offered to the family at www.wfh-ofallon.com.
Stella generously donated her body for medical and scientific research. A Memorial gathering will be held at a later date.
Arrangements entrusted to Wolfersberger Funeral Home, O’Fallon, Illinois