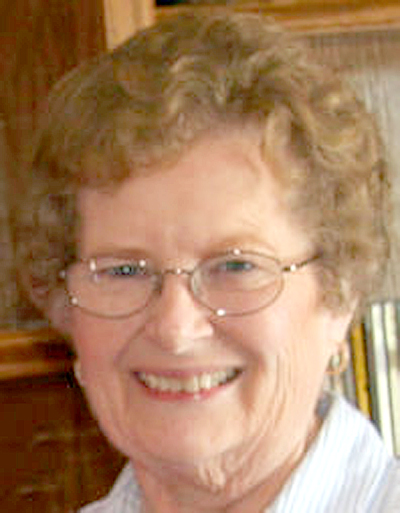 Vienna Elizabeth Van Dyne, nee McCartney, 86, of Mascoutah, IL born June 26, 1933 in Kirksville, MO, daughter of the late, Fred and Francis McCartney, died March 25, 2020 at Belleville Memorial Hospital.
Elizabeth was a graduate of Kirksville Senior High School, class of 1951. She worked at Woolworth, prior to and after graduation, and was later employed at a glove factory in Kirksville. Elizabeth met, fell in love, and married Victor “Vic” Van Dyne on April 6, 1952 in the Presbyterian Church in Kirksville. To the union, two sons were born, Terry D. Van Dyne in 1957 (residing in New York City), Jeffrey A. (Collette) Van Dyne in 1962 (residing in Indianapolis, IN) and granddaughter, Jennifer Van Dyne born in 1982 (residing in Seattle, WA).
Elizabeth was preceded in death by her parents, brothers, Edward, Earnest, Charles, Hugh, Joe, David, Freddie and a sister, Emma.
She is survived by her husband, sons, granddaughter, sister, Eleanor Hindley of Brighton, IL and her sons, Nathan and Matthew.
Elizabeth continued to work after her husband returned from his tour of duty in the Army during the Korean Conflict, while he completed his Bachelor and Masters’ Degrees at Northeast Missouri State, now Truman University. Elizabeth and Vic eventually settled in Mascoutah in 1964. Vic was offered a position in the Mascoutah School District and Elizabeth enrolled at Belleville Area College on a part-time basis, due to two small sons at home. As the sons became older, Elizabeth enrolled full-time at SIU-E finishing her degree program, in 1973, in speech therapy. She taught for 20 years as a speech therapist at the elementary school in Marissa. Elizabeth loved working with elementary students needing assistance in developing good speech patterns, and also working with the staff. During those years she volunteered during the summer months assisting those in need of speech therapy due to serious accidents or issues with stroke, and some students needed continual assistance during the months of summer. Elizabeth and her husband both retired in 1994. Elizabeth retired due to rheumatoid arthritis, making if difficult to climb stairs in the elementary building. Elizabeth was a gracious and loving wife, mother, grandmother and will be sorely missed by the family.
Memorials may be made to Mascoutah Food Pantry, P.O. Box 262, Mascoutah, IL 62258 or Mascoutah Senior Center, 22 N. Market, Mascoutah, IL 62258 or to the charity of donor’s choice.  Condolences may be sent to the family by visiting mollfuneralhome.com.
Funeral:  A private graveside service will be held at Mascoutah City Cemetery with Rev. Robert Edwards officiating. Due to the COVID-19 outbreak, there will be a memorial service at a later date.
Moll Funeral Home
Mascoutah, IL