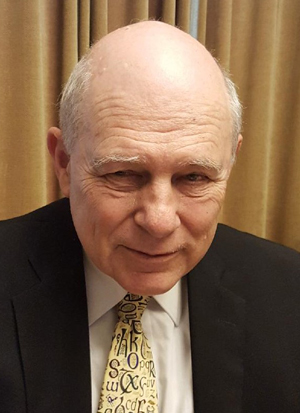 Retired Lt. Col. Francis “Frank” Theodore Schmitt (USAF), age 74, of Fairview Heights, Ill., born November 14, 1945 in Bath, N.Y., passed away Friday, Apr. 17, 2020, at his home.
Frank served 22 years in the U.S. Air Force as a pilot, primarily of the T-37 and C-141, a pilot instructor, and a specialist in information technology. Among his many recognitions and citations, he was awarded three Meritorious Service Medals and an Air Medal. After retiring from the military in 1992, his second career was as a government contractor in information technology at Scott AFB for 24 years, until his retirement in 2016.
A man of faith with a heart for service, Frank was very active in the Knights of Columbus. He was a charter member and past Grand Knight of the Scott AFB Council 10276, as well as a Past Grand Knight of the Fairview Heights Council 6996. Frank served as a Past Faithful Navigator of Assembly 1829 and a former District Deputy. His family was selected as the Knights of Columbus Family of the Year for the State of Illinois in 1994-1995.
When faced with the challenges of Parkinson’s Disease, Frank and his family found invaluable community and support from Rock Steady Boxing of O’Fallon, where he trained several times a week and never gave up the fight.
Frank loved working on the farm he grew up on, fixing anything mechanical, and spending time with his family. A strong man of quiet convictions and a gentle heart, he was beloved by his family and friends, and will be dearly missed.
He was preceded in death by his mother, Agnes Schmitt, nee Wisniewski; his father, Frank Simon Schmitt; his sister, Agnes ‘Aggie’ Socola; and his brother, Henry Schmitt.
He is survived by his wife, Barbara Schmitt, nee Wooten, whom he married January 22, 1971, in West Point, Miss.; his children Amy ‘Catherine’ Reese and Virginia ‘Gina’ Schmitt of Fairview Heights; Cameron Schmitt of Caseyville; Susan (Cory) Knapp of Breese; Laura (Leo) Rogato of Aurora, Colo.; and Rebecca (Bob) Corless of O’Fallon; his grandchildren Emily, Abigail, Sarah, and Joanna Reese; Lucia, Naomi, Xavier, and Elijah Knapp; Sabrina Rogato; and Henry Corless; sisters Rita (Dave) Andrews of Gilbertsville, Penn.; and Mary Roche of Prattsburg, N.Y.; brother-in-law Joseph Socola of Branchport, N.Y.; and many nieces, nephews, great-nieces, and great-nephews.
In lieu of flowers or other gifts, online memorial donations are suggested payable to Rock Steady Boxing O’Fallon, Inc., or Holy Trinity Catholic Church, Fairview Heights. Donations may also be mailed to Wolfersberger Funeral Home, 102 W Washington St., O’Fallon, Illinois 62269, designating your preferred charity.
Virtual condolences, special memories, or pictures, may be offered to the family by signing the online guest book at www.wfh-ofallon.com.
Due to the current global pandemic, there will be no visitation at this time. A visitation and funeral Mass with full military honors to celebrate his life will be held at a later date.
A private burial will be held on April 28, 2020, at Jefferson Barracks National Cemetery in St. Louis, Missouri.
Wolfersberger Funeral Home
O’Fallon, Ill.