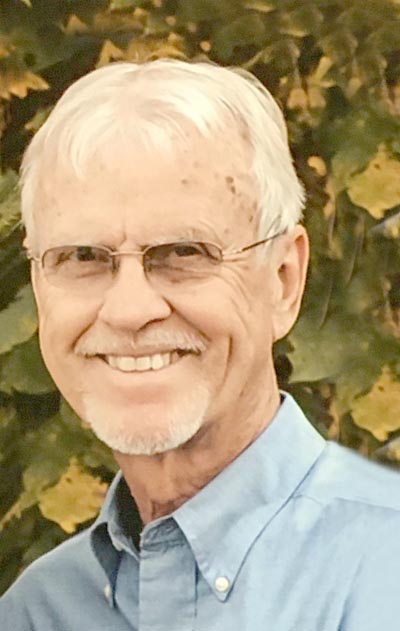 Jerry M. Toennies, age 69, of Damiansville, passed away Monday, March 22, 2021 at his residence surrounded by his family.
He was born May 19, 1951, a son of the late Alphonse and Frances, nee Fuehne, Toennies.
In addition to his parents, he was preceded in death by his sister, Katie Loepker; brother, Ray Toennies; father-in-law and mother-in-law, Alphonse and Mary, nee Richter, Kampwerth; and sisters-in-law, Marilyn Toennies and Lou Kampwerth.
Jerry is survived by his wife, Bernice “Mech”, nee Kampwerth, Toennies of Damiansville, whom he married May 25, 1973 at St. Dominic Catholic Church in Breese; children, Jeff (Christy) Toennies of Lithia, FL, Scott (Elaine) Toennies of O’Fallon, and Corey (Karen) Toennies of Aviston; grandchildren, Brecklyn and Fischer; Brett, Colton, Wyatt and Scarlet; and Bryce, Brennan, and Blaine; siblings, Rich (Darlene) Toennies, Marvin “Max” (Doris) Toennies, and Allen “Phonso” (Kay) Toennies all of Damiansville; and brothers-in-law and sisters-in-law, Elmer Loepker of Damiansville, Marge Scott of Breese, Ray (Etta) Kampwerth of Beckemeyer, Lana (Jim) White of Knoxville, TN, Jerome (Ruth) Kampwerth of Carlyle, Art (Jan) Kampwerth of Breese, Dennis “Fuzzy” (Betsy) Kampwerth of Beckemeyer, and Marilyn (Paul) Peters of Marydale.
He retired from Ameren in St. Louis after 43 years of service (1971-2014).
Jerry was a member of St. Damian Catholic Church and Holy Name where he was a former officer and Picnic Bingo Chairperson (where he was known as the best Bingo Caller), Damiansville Development Club and was a current trustee and former officer, Albers-Damiansville Knights of Columbus Council, Mater Dei High School Knight Club, and the Fuehne’s Men’s Golf Team. He enjoyed playing golf in the Wednesday morning “Retired Guys” weekly outings, making F.A.T. Boys Wine with his brother, relaxing with a good glass of bourbon, enjoying eight cups of coffee with Mech reading the newspaper on weekday mornings and ten cups of coffee on Sunday mornings (because the newspaper was longer), but most of all, traveling with his wife on extraordinary trips and watching his grandchildrens’ performances and sporting events.
Funeral Mass of Christian Burial will be Friday, March 26, 2021 at 11:00 a.m. at St. Damian Catholic Church in Damiansville with Msgr. John McEvilly presiding. Interment will follow at St. Damian Cemetery.
Visitation will be Thursday, March 25, 2021 from 4:00 to 8:00 p.m. and again Friday, March 26, 2021 from 9:00 to 10:30 a.m. at Moss Funeral Home in Germantown.
COVID-19 restrictions will be followed, masks required, social distancing, please keep your visit brief and mass will be limited to 100 people.
In lieu of flowers, plants, and other gifts, memorials may be made to Mater Dei Catholic High School, St. Damian Catholic Church, Clinton County Relay for Life, or Heartland Hospice and will be received at the funeral home or by mail at Moss Funeral Home, 535 N. 5th, Breese, IL 62230 who is serving the family.
Expressions of sympathy can be sent to the family at www.mossfuneralhome.com