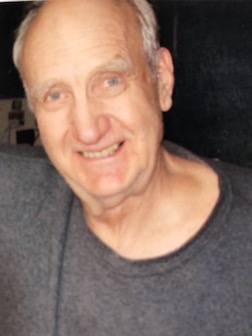 August W. (Gus) Engel was born March 31, 1932, in Affton, MO, as the oldest son of August J. and Olga Engel (nee Singer). He died quite unexpectedly of natural causes on April 19, 2021, in Anchorage, AK.
Gus grew up and attended elementary and high school in Mascoutah, IL, helping with the farm work at an early age. In 1950 he enlisted in the Air Force, which in 1952 shipped him to “overseas duty” at Elmendorf AFB in Anchorage, AK. His stay here kindled his interest in geology. Therefore, in 1956, having left the service in 1954, he returned to study mining engineering at the University of Alaska in Fairbanks. There he met the love of his life, Margritt Bunge, a foreign student scholarship recipient from Frankfurt/Main, Germany. Lack of funds brought the pair back to Illinois where they were married in 1960 and Gus completed his training as a licensed Aircraft and Powerplant Mechanic at East St. Louis Aeronautical College.
In 1966, when Margritt accepted a teaching job at Alaska Methodist University they moved to Anchorage, AK where they’ve been living ever since. In the early 70’s Gus studied Electronics at Anchorage Community College. In 1976, as luck would have it, he was hired as A&P mechanic for the Aircraft Section of the AK Dept. of Fish and Game just when AMU closed its doors and Margritt became unemployed. He was extremely conscientious and an extraordinary mechanic with all things mechanical and electronic. He employed his talents at home as well. He could fix anything and was willing to help out others when asked.
When Margritt gained full-time employment with the University of Alaska Anchorage in 1987, Gus took early retirement to devote himself to other interests of which he had a multitude. He had many talents and an insatiable curiosity. He was an avid collector of a great variety of books, magazines, and objects. Gus loved to be in the outdoors; he was a devoted berry picker, insulator collector, Valley produce harvester, and salmon dip-netter.
In addition to his wife, Margritt A. Engel, he is survived by his sisters Darlene Schaperkoetter and Sharon Jung (Charlie) of Mascoutah, IL, nieces Melanie Wilhelm, Debbie Alasatra (George), and Tiffany Taylor (Wes), nephews Walter Engel and Josh Jung (Courtney), and three grandnieces and two grandnephews. He was preceded in death by his parents and his brother Walter J. Engel, Jr.
We all remember that Gus often entertained us with great stories. He had a wonderful sense of humor and often made us all laugh. He was a great companion who will be genuinely missed. Since he spent his happiest outdoor days dip-netting with Margritt in the Copper River near Chitina, his cremated remains will be spread there at a later date.