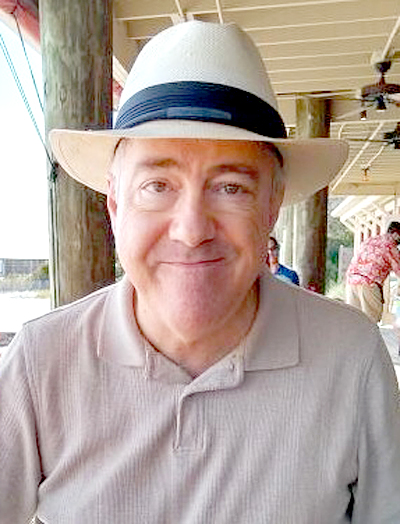 “Come unto me, all you who are weary and burdened, and I will give you rest. Take my yoke upon you and learn from me, for I am gentle and humble in heart, and you will find rest for your souls. For my yoke is easy and my burden is light.” Matthew 11:28-30
Faithful loving husband, proud and devoted father, attentive dutiful son, loyal and affectionate brother, thoughtful and caring uncle.
Eric John Shaffer of Erie, Colorado passed away February 15, 2022 after a short illness. He was 62.
Born to Wayne and Esther Shaffer on June 1, 1959 in Charlotte, Michigan, Eric was raised with brothers George and Ron, and sister Heidi, in Mascoutah, Illinois. After graduating from Mascoutah High School in 1977 and from the University of Illinois in 1981, Eric moved to San Jose, California where he began his career as a Nuclear Engineer with General Electric Corporation.
While living in California, Eric vacationed in Hong Kong and there met Crisanta Almario from Solano, Philippines. Cris immigrated to the United States and she and Eric married in Santa Cruz, California in May 1997. Eric and Cris lived in San Jose and later, in the Atlanta area where son Deric was born before relocating in 2006 to Colorado.
Eric was employed by Hewlett-Packard for the past 25 years in various capacities and in several different divisions and subsidiaries. At the time of his passing, Eric held the position of Premium Technical Support Manager at Micro Focus.
Eric maintained the long-standing family tradition of service to the United Methodist Church with his involvement in the Louisville United Methodist Church in Louisville, Colorado. He, Cris and Deric were faithful members of the congregation for many years with Eric serving on the Board as treasurer. For the past three years, Eric and his family have attended Calvary Bible Church in Erie, Colorado.
Behind a quiet and unassuming nature, Eric hid a keen intellect and quick wit. His love of reading, traveling and ocean cruising was surpassed only by his love for his wife Cris, and son Deric.
Eric will be immeasurably missed by those he leaves behind: Wife Crisanta and son Deric of Erie, Colorado, parents Wayne and Esther Shaffer of Roswell, Georgia, brothers George and Ron and sister-in-law Julie of Mesquite, Nevada, sister Heidi Howard and husband Steve, of Roswell, Georgia, as well as nieces Chelsea Winnick, Erin Cadiente and Jasmine Almario and nephews Wayne Shaffer, Luke Howard and Edriel Cadiente from Mississippi, Colorado, Georgia, Canada and the Philippines.
Donations may be made in Eric’s memory to the American Kidney Foundation.
Memorial services will be held May 7, 2022 at 1:30 pm at Calvary Bible Church, 615 Evans Street, Erie, Colorado.
Arrangements by In Memoriam, 7290 W. 119th Place, Broomfield, CO 80020