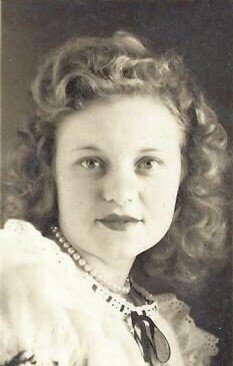 Betty Jean Gabel, 90, of Lebanon, IL, passed away peacefully on Saturday, August 6, 2022, at Cedar Ridge Health Center, in Lebanon, IL.
Betty was born on March 20, 1932, to Ira and Bernice Hensley, in Mason Hall, TN, where she was raised and graduated High School. On August 15, 1951, she married Austin Wade Gabel in Corinth, MS. They would move to Dumas, Arkansas where she lived for 36 years and had wonderful neighbors, friends, and memories.
In school, Betty played basketball and was a local beauty pageant queen. Over the years, she was a seamstress, worked in retail, was a homemaker, a fashionista, a Scout Den Mother, and a fundraiser for numerous charities. In 2006, after back surgery and her husband’s illness, she moved to Illinois where she began a whole new life with her son and daughter-in-law who were both in the Air Force stationed at Scott Air Force Base. Again, she met many new friends and neighbors, whom she loved. For 11 years, she excelled in what would become her greatest role, Grandma, where she helped raise and care for her granddaughter who was her world. In 2017, she moved to Cedar Ridge, where she loved and was loved by anyone who she met.
She was preceded in death by her parents, Ira and Bernice Hensley; husband, Austin Wade Gabel in 2006; and two sisters, Aline Reeves and Modine Scott.
She is survived by her son, Stephen Wade Gabel; daughter-in-law, Rebeca Kay Gabel; and granddaughter, Lauren Paisley Gabel.
There are no services at this time.
Meridith Funeral Home
Lebanon, IL.