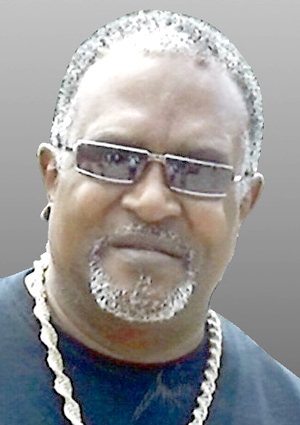 Wilson R. Cornish, 68, of Belleville, IL, departed this life on Tuesday, August 30, 2022, at his home.
He was born November 3, 1953, to Charles and Ramona (nee Abbitt) Cornish, in Pleasanton, CA; the second born of nine children. He was a proud graduate of Lebanon Community High School and had lived in the Belleville area for the past 11 years.
Wilson was a member of the Love Church, in Belleville, IL., a dedicated fan and contributor of Joel Osteen, and a follower of T. D. Jakes. He also attended Culinary Arts Classes at SWIC for a year.
Wilson was dedicated to the NA program, where his friends became like an extended family to him, and he inspired many others to join. He had been sober for 12 years at the time he passed. Wilson was a man of free will, very giving, big hearted, and would give you the shirt off his back. He was known for his $2 bills, which he always gave to his nieces and nephews whenever the chance would arise.
In his teens he had taught himself to play guitar and later took additional lessons. He had a great love of music, and sports, especially football, basketball, and wrestling. You could often find him watching Monday Night RAW and Friday Night Smackdown, as well as the controversial Judge Judy on TV. Wilson was a good cook, who also loved to eat. He was fond of popcorn and chicken, but his favorite foods to make were always hot wings, french fries and salad.
He was preceded in death by his parents, Charles and Ramona Cornish; son, Jacare Cornish; siblings, Charles W. Cornish and Carla R. Cornish.
Wilson is survived by his son, DeAndre Cornish; siblings, Walter E. Cornish, O’Fallon, IL, Regina K. Cornish, Springfield, IL, Cathryn E. (Raymond) Hernandez, Moore, OK, Andrea G. Cornish, Lebanon, IL, George G. “Gregory” (Robin) Cornish, Kewanee, IL, Kimberson S. ”K.C.” (Zenaida) Cornish, Mary Esther, FL; and a host of grandchildren, nieces, nephews, great nieces & great nephews.
Memorials may be made to Love Church
Visitation: Friday, September 9, 2022, from 10:00 to 11:00 am, at Meridith Funeral Home, Lebanon, IL.
Funeral Service: Friday, September 9, 2022, 11:00 am, Meridith Funeral Home, Lebanon, IL
Clergy: Elder Raymond Hernandez
Interment: College Hill Cemetery
Meridith Funeral Home
Lebanon, IL